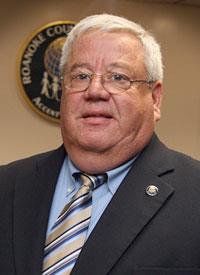 The Roanoke County School Board has announced that David Wymer will return to his former seat on the Roanoke County School Board until the election in November.  Wymer, who served as the Catawba District member on the school board from 2007 to 2015, will not be running for election in November and will represent the Catawba District until a new member can be elected.

“We had four excellent candidates apply for this interim position, and we had a very difficult time selecting one person,” said School Board Chairman Jason Moretz.  “In the end, we felt the citizens of the Catawba District should be the ones to select their new representative and so we decided to appoint an interim representative who would not be running for election so as to give all those who do run in November an even playing field.  We hope all those who applied will consider running for the Catawba District seat in November,” Moretz added.

The school board also thanked Don Butzer for his service to the board as the current Catawba District representative and wished him well as he moves to Northern Virginia.

“Under Don’s leadership as chairman during his time on the board, we have made great strides to renovate and expand our schools.  Don was tireless in his efforts to campaign for increased funding to accelerate the timeline of construction projects and we are very thankful for his dedication and commitment he has shown not only to those he represented in the Catawba District, but to all the parents, students and staff of Roanoke County Public Schools,” said Moretz.