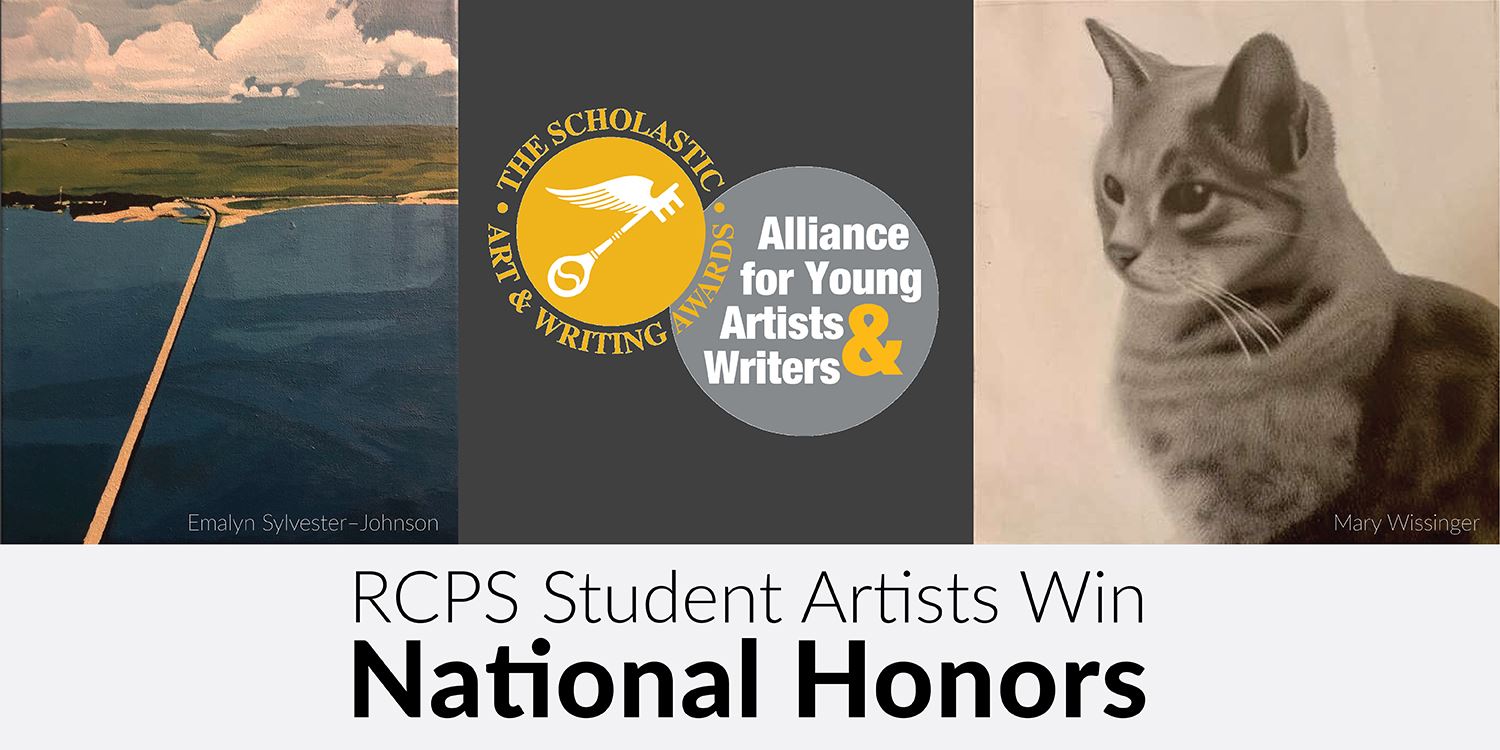 Roanoke County Public School (RCPS) art students from all five high schools and the Burton Center for Arts and Technology competed in the annual Scholastic Art Competition earlier this Spring.

Two students earned national honors in the Scholastic Art Competition.  Mary Wissinger (CSMS, 8th grade) earned a Gold Medal for her drawing entitled “Feline Contemplation.” Emalyn Sylvester-Johnson (BCAT/CSHS, 12th grade) earned a Gold Medal and American Visions Medal for her painting “Beach Trip from a Distance.” The American Visions Medal is the highest honor bestowed upon a high school student in the competition. Both students have been invited to attend a national ceremony at Carnegie Hall in New York City later this year.

“To receive a Gold Medal at the national level is an amazing achievement and acknowledges a student’s originality, technical skill, or personal vision,” said Sara Cubberley, RCPS supervisor of art.

“To earn an American Visions Medal is especially exceptional—of the hundreds of thousands of entries judged in New York City, only 89 students in the United States received this honor in 2022—and only four in the state of Virginia,” Cubberley added.

“We have an amazing group of art teachers and the recognition our students earn each year is a testament to the outstanding level of instruction our teachers provide to their students,” Dr. Nicely said.