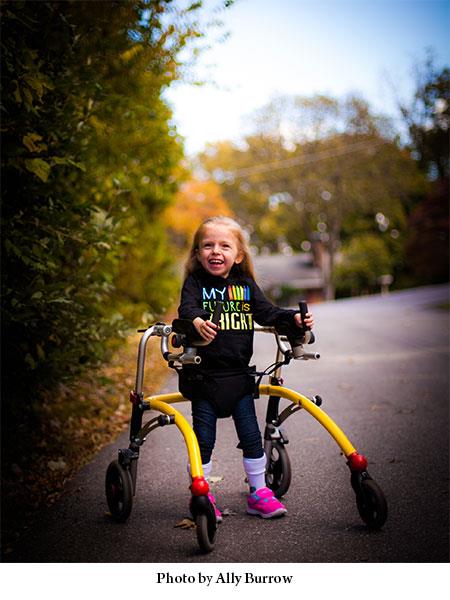 Ally Burrow, a 5th grade student at Cave Spring Elementary School was named the Outstanding Interpretation winner of the national PTA Reflections competition in the photography category.  The theme of the 2018-2019 competition was “Heroes Around Me.”  Burrow’s entry was a photo of her sister, Meg, a special needs student who currently attends preschool at Cave Spring Elementary.

In her entry, Burrow said her sister was her hero and she was inspired by her sister each and every day.

“The moment I saw Ally’s entry, I had a feeling it was going to be a big winner,” said Roanoke District of PTAs Reflections Coordinator Chuck Lionberger.  “I think this may be the first ever national Outstanding Interpretation winner we’ve had in the Roanoke District,” Lionberger added.